This was my first full-time position after graduating from university. The POKET team was looking for a UX/UI designer who is passionate about combining design expertise with social impact and could help to develop a comprehensive prototype for the POKET app.

Globally, more than 1 billion merchants are undocumented, meaning that customers cannot find them, cities cannot plan for them, and entrepreneurs cannot learn from them. As a result, small shops are digitally invisible to customers, and cities lack the data to help inform the infrastructure developments to serve them.

Poket is an application that incentivizes people to crowdsource information about small merchants in emerging economies. The app prompts users to contribute information to the system and verify others’ uploads in exchange for redeemable rewards, which encourages reliable input.

Leveraging this crowdsourced information and GIS data, Poket generates free advertising, enterprise insights, and proof of existence for local entrepreneurs. It also provides customers with a wider view of their local business environment and consumer options. The result is a global map of previously undiscoverable retailers, which allows more of them to succeed—and which creates insights to inform city planning decisions.

Generally, the speed of the internet and availability of technology in emerging markets where are target users reside is not as advanced as it is in more developed markets. This led to a major constraint for the project; our target users primarily use older devices with small screen sizes and low resolution.

I was initially given a very early stage prototype that was used as a proof of concept while POKET was seeking funding. Starting with sketches and moving onto low-fidelity mockups, I iterated on the prototype a number of times and added new user flows.

I decided to show a single user flow (as the entire project has over 40 screens) that I feel best displays the process I went through and shows the progression of the design. The screens attached below show multiple iterations of the most crucial user flow within the app; adding a merchant who is unmapped to the registry

There were additional features I wanted to add to the app, but because of the restrictions I faced I had to simplify the design. This is evident when comparing early iterations to the final user flow. Iterations 2 and 3 give users the option to pick and choose quests and there’s lots of additional information/copy. As I learnt more about emerging markets, I understood that the design needed to be simplified. In the final iteration, the ability for users to check quests was removed. Instead, the same result has been achieved by asking users if they would like to answer additional questions once they have finished adding a merchant. The copy was also cut down significantly which made the content look cleaner when displayed on smaller screens and much easier for users to understand.

The biggest challenge I faced when solving this problem was that the majority of our target users have older devices with small screen sizes and low resolutions. Designing with this constraint in mind was extremely difficult, but as I learnt more about emerging markets and our target users, I discovered many interesting ways to simplify a design or a user flow while still achieving the same outcome and without sacrificing the core content.

If I had more time and was given the opportunity, I would have loved to user test the final iteration of the prototype with actual users, and potentially iterate once more before shipping the app. With that being said, after shipping the portal to enterprise clients and doing a soft launch of the mobile app in Nigeria, the incredible response we received has validated the POKET app as a viable solution.

Click here to view the app on the Google Play store

When I started at POKET, there were some general colours, fonts, and styles commonly used by the team, but there wasn’t a single source of truth when it came to brand guidelines. This was beginning causing some confusion so I created a POKET style guide in order to get everyone on the same page.

I began by researching well-renowned tech companies and referencing their style guides for inspiration and guidance. While doing so, I had to keep in mind one major consideration; The product would be primarily used on Andriod phones in emerging markets, where the speed and availability of technology is not as advanced as it is in developed markets. This affects general styling, what fonts are available to use, load times when running the app etc. After conducting some research, I started experimenting with different options for colours and fonts, button styles. 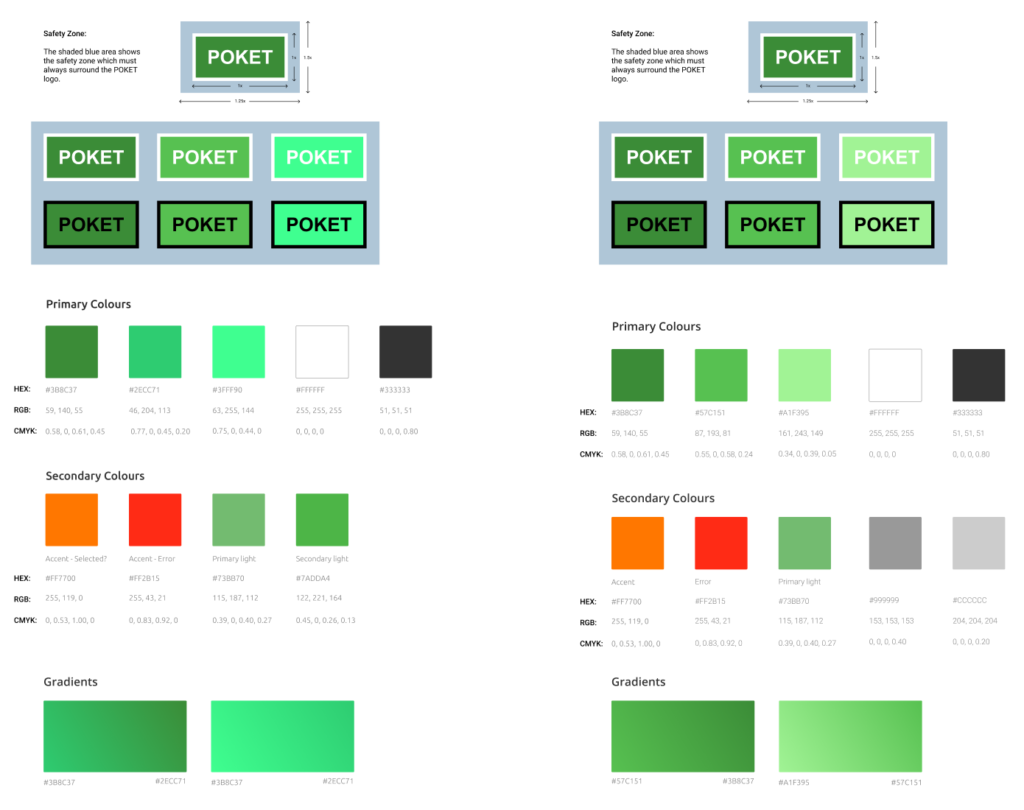 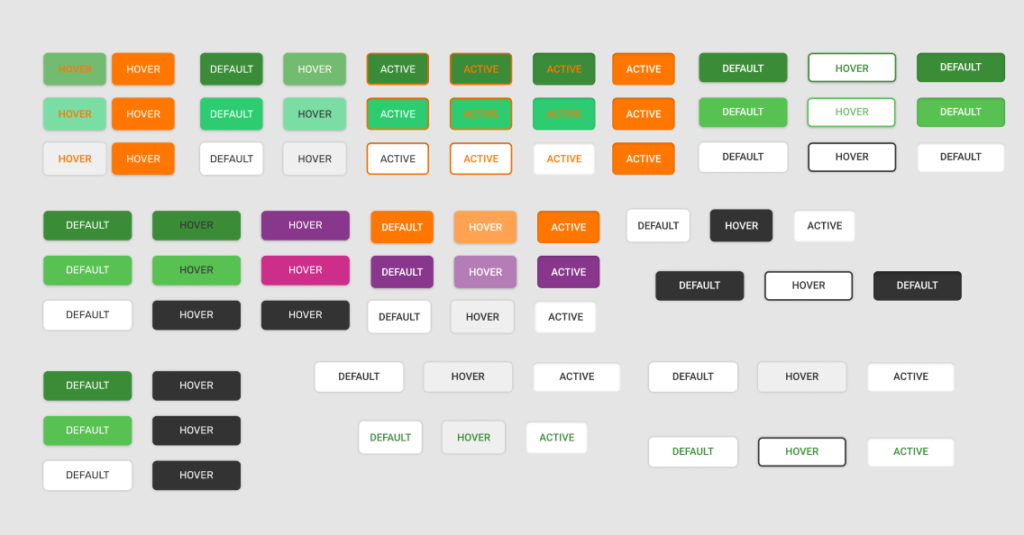 After multiple iterations and lots of discussion with the team. I arrived at the final style guide seen below, which is still being used by the POKET team today! (Click the style guide to enlarge)!

POKET is a unique platform that benefits a number of different user groups; the enterprise clients, retailers/merchants, and consumers. The team asked me to come up with a creative way to demonstrate how these different user groups can benefit from using the POKET app. I decided the best way to do so was through vector illustrations. I hadn’t done much illustrating in the past and felt a bit outside of my comfort zone, but I was excited to see what I could produce.

I got to work sketching some illustration ideas for each user group.

I presented my sketches to the team and together, we picked our top 3 ideas. I then received feedback on those ideas and integrated that feedback into the next round of iterations.

After iterating a second time, we went through the same process once more before landing on the final illustrations seen below. I’m really happy with the final results. These illustrations went on to be used on POKET’s website as well as in multiple pitch presentations.